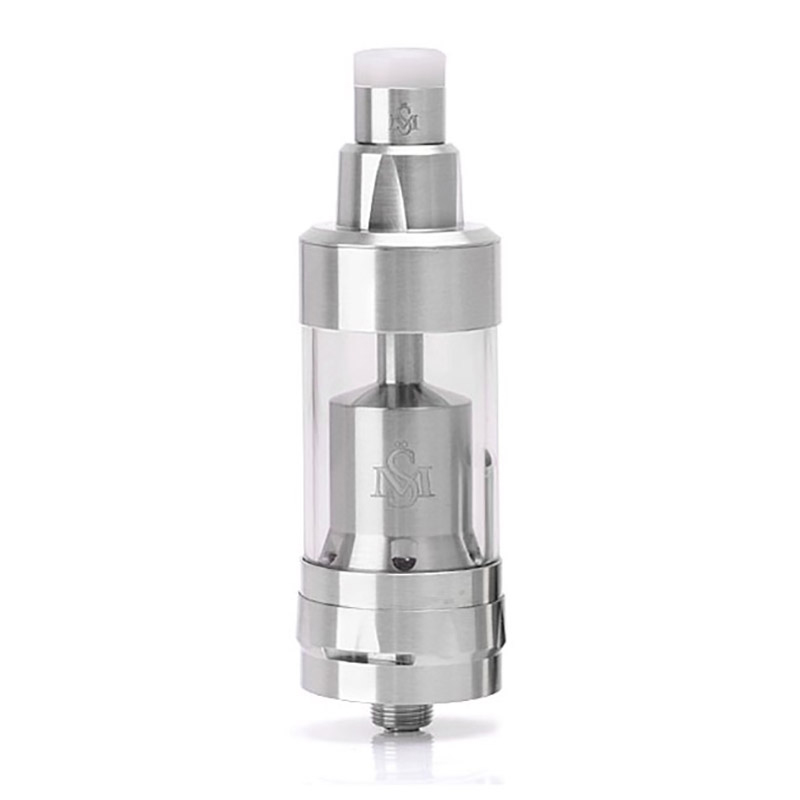 Investing in a sub ohm tank is a good decision when you want to enjoy the flavor of e-liquids to the max. This type of atomizers can heat up to desired temperatures and release the flavor of your e-juice. Another important thing to consider when you want to get the best flavor out of an atty is airflow. Devices that come with adjustable airflow are the best bet since they allow you to find your sweet spot.

You will not be short of options if you are looking for the best sub ohm tank for flavor. There is a wide variety of sub ohm tanks on the market to suit all types of vapers – both newbies and advanced vapers. Check out The Vape Snob for more equally good sub ohm tanks

Kayfun V5 RTA
The Kayfun V5 is a followup to the Mini V3, and it features a lot of improvements over its predecessor. This RTA from Svoemesto is made of stainless steel and glass. It comes with 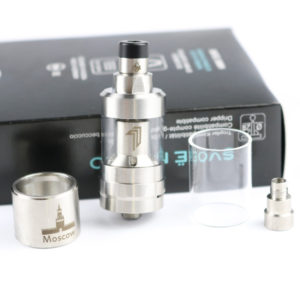 two different sleeves, which affects the tank capacity of the atomizer. If you use the glass sleeve, the tank can hold 4ml of e-juice, but the stainless steel increases its capacity to 5ml.

The Kayfun V5 has a large build deck which can fit different coil types – even thick wires. The deck is fitted with PEEK insulators. There is a juice flow control function that allows you to control how much e-liquid gets into the wicking material.

It is very easy to use the Kayfun V5 RDA. There is virtually no learning curve with this device. It doesn’t overheat, and there is no leakage.

Vaporesso Cascade Tank
The Cascade is an innovative tank from Vaporesso. It has an innovative isolation structure where the coil is separated from the main reservoir by a metal sheet. E-liquid flows down unto the coils slowly. This design makes this Vaporesso tank quite similar to an RDA. You will be blown away by the rich taste of the flavor that you get from this e-juice. 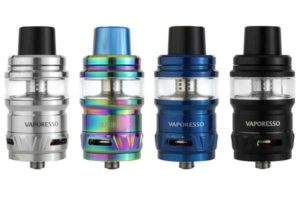 The Vaporesso Cascade can hold up to 7ml of e-juice. It has a top-filling design which is very convenient. This tank is compatible with different coil heads. The package includes a GT adapter so you can use other Vaporesso GT coils with this device. The Cascade can withstand vaping temperatures of up to 200 watts.

Smok TFV12 Prince Tank
The TFV12 is one of the newest tanks in the TFV12 family from Smok. If you have tried any other tank in this line, then you know what to expect from this one.

The TFV12 tank can hold up to 8ml of e-liquid thanks to its bulbous glass tube. It is made of stainless steel and pyrex glass. It has the usual Smok top-filling design. Also, it is 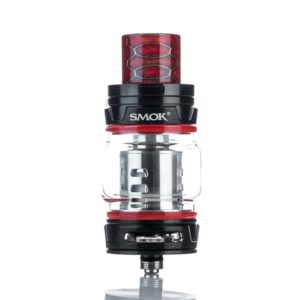 If you want to get both huge clouds and rich flavor, the TFV12 is a perfect choice. This is an ideal tank to use when you want to vape at a high wattage.

These are some of the best sub ohm tanks on the market today in terms of flavor. There are many other equally good tanks that deserve to be on this list. For example, the Aspire Quad Flex 4-in-1 is a high-quality and cheap sub ohm tank. Regardless of which one you choose, you won’t be disappointed. 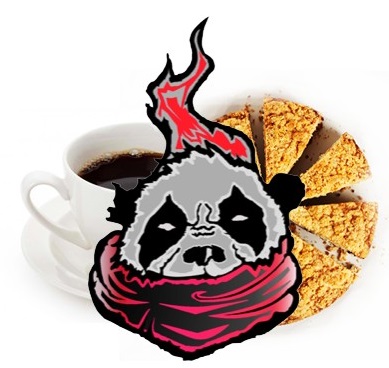 Coffee Cake by Evolve is a brand new flavor quite popular on the market. This eliquid is one of the best vaping products brought to you by Evolve. The company was created in Orange County, California.

Established in 2013, Evolve Eliquids offers high-quality vape juice designed with unparalleled perfection. Evolve has the following flagship flavors; New Yorker, Bursted, Pink Panda, and BMF. Vapefu.com has all these flavors on their website. You can visit the website to view more premium vaping products. 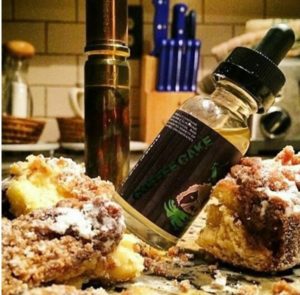 But for now, I’m giving you an assessment of one of the most popular ejuices today. Coffee Cake by Evolve is a premium vape juice. The ejuice is a sweet, bold and creamy pleasure that you can vape all day long and still itch for more. Vapers who like coffee and dessert flavors will be addicted to this eliquid as it serves their taste buds right.

Coffee Cake by Evolve is derived from the yummy and creamy taste of, you’ve guessed it, Coffee and Cake! Evolve blends the sweetness of coffee and the creaminess of pastries that will surely satisfy your sweet tooth cravings. The taste of the coffee cake is smooth and nice smelling as you inhale and it hits your taste buds with the exact scent of coffee. When you exhale, Coffee Cake leaves you enticed with so much creaminess! With each puff, you will surely want more. There is no trace of a chemical or tart aftertaste. Only a delightful sweet sensation clings on for a while in your mouth, seducing you to take another sip.

Coffee Cake by Evolve comes with a vegetable glycerin (VG) and propylene glycol (PG) ratio of 80/20. If you are a cloud chaser, Coffee Cake’s Max VG will keep you hooked. With each puff, you can expect abundant cloud production that will surely give cloud chasers a thrill. Due to the heaviness of the clouds when you exhale, the flavor lingers for a while in the air before disappearing completely. Evolve’s Coffee Cake has a slight thickness to it. You can use a rebuildable dripping atomizer (RDA) or a sub ohm tank.  I find it best if you use a rebuildable dripping atomizer to get the best of this flavor.

Coffee Cake by Evolve offers three different levels of nicotine concentration; 0mg, 3mg, or 6mg. If you pick the 3mg or the 6mg nicotine strength, you will still obtain a smooth sensation. You will experience mild throat hits. 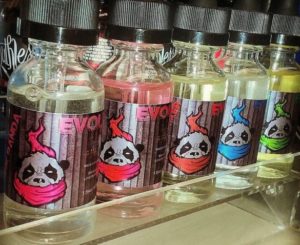 The package showcases a face of a panda with a scarf that makes the bottle so attractive. It comes in a black bottle with a dropper. The dropper is a useful feature to help you avoid spilling the vape juice. You can see the flavor name reflected on the bottle. More information about the product can also be seen on the bottle label.The bottle is a transparent glass and is closed tightly by safety cap. Evolve’s Coffee Cake comes in a 30ml size.

Vapefu.com offers only the best eliquids for you. The website has some of the best eliquid prices on the market. For the Evolve range, the 30ml best seller bottle costs only $24.99. This is a steal! Coffee Cake by Evolve is an absolute must-try.

You’ll have so much fun vaping Coffee Cake by Evolve. It has that succulent taste of coffee and cake combined and makes a fantastic dessert. The company, Evolve only provides vapers the best quality vape juice. Coffee Cake is manufactured in an ISO 7 Certified Clean Room in Long Island, New York, USA. The company is pledged to only deliver the best vape juice products.

Coffee Cake is currently one of the best ejuices on the shelf internationally. With Evolve’s Coffee Cake, the company offers vapers a sweet, creamy treat that is smooth and delightful that gives us a good vaping experience. You can grab a bottle now at VapeFu.com. Visit https://vapefu.com/ and be enticed by Evolve’s Coffee Cake. 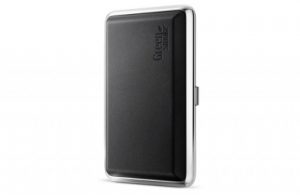 Upon opening my Green Smoke review kit, the first thing that struck me was the terrific amount of polish in every aspect. The kit comes in a nice looking, durable box and includes various paperwork such as a printed manual, a Green Smoke membership card, warranty information and a coupon for a discount on your second purchase. All of the components have a matching white textured casing and are made from a durable plastic that I believe would resist damage well over time. The batteries are of similar quality; each has a beautiful glossy coat that doesn’t look like it would chip or peel easily.

The batteries arrive with a slightly less than full charge, so you can screw a cartomizer on and start puffing right away if you like, which I did immediately upon opening the kit. Amazed, I looked at my wife and said, did you see that vapor cloud? I had never seen something so impressive come out of such a small electronic cigarette. This was certainly a surprise.

Out of the available kits, I think that the Pro Kit is a solid value, particularly because I always recommend having at least two batteries for your electronic cigarette. The Love Birds Kit is also a good choice if you are switching to electronic cigarettes with your wife or husband, as it’s essentially two Pro Kits with an 8-percent discount. 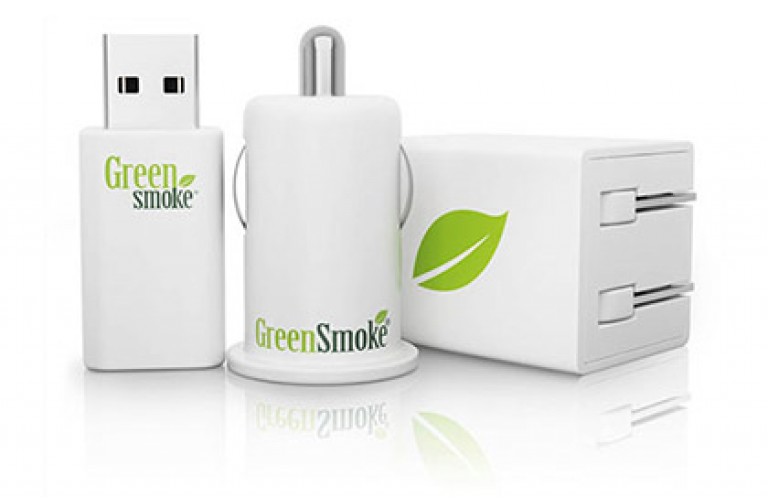 My review kit included a five-pack of the Tobacco Gold flavor, as well as a five-flavor Variety Pack consisting of Green, Smokes Absolute Tobacco, Red Label Tobacco, Menthol Ice, Vanilla Dreams and Mocha Mist flavors. The Variety Pack is an excellent item to include in your first purchase since it gives you an opportunity to try five of Green Smokes flavors, and I highly recommend the Tobacco Gold flavor as well; with a rich tobacco backbone as well as notes of almond and coffee with heavy cream, it was my favorite of the six flavors included with my Green Smoke kit. When it’s time to replenish your supply of cartomizers, the base price is $16.99 per five-pack. However, if you purchase between four and seven packs, the price drops to $15.29 each. If you buy eight or more packages, the price drops to $13.59 each. So, it pays to buy in quantity.

Green Smoke refers to its cartomizers by the trademark FlavorMax, which I initially dismissed as marketing hype. However, after trying them, I have to say that I was incorrect. Green Smokes cartomizers are more richly flavored than the other pre-filled cartomizers I’ve tried to date, which is exactly what you want with a smaller electronic cigarette. I was also quite impressed with all of the flavors. The intense flavor of Green Smokes cartomizers may have something to do with a greater concentration of flavoring used in the manufacturing process, or the cartomizer may be a lower resistance than other companies cartomizers, which would result in a higher power level in watts.

I was able to get an average of about 200 puffs out of each cartomizer before replacing it. Although this falls short of Green Smokes 360 puff estimate, I do tend to take long puffs lasting several seconds, and I replaced each cartomizer when the flavor intensity began to drop I probably could have used them longer. I usually expect a pre-filled cartomizer to last around 100-150 puffs, so I find the performance of the Green Smoke cartomizers impressive either way. The vapor is voluminous, thick and full of flavor. 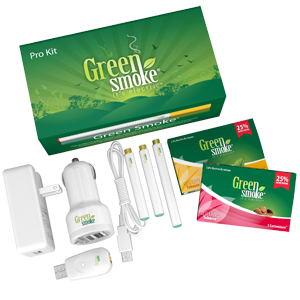 My Green Smoke review kit included two batteries: a short battery measuring 3 7/8 when paired with a cartomizer and an extended battery measuring 4 1/2. For comparison’s sake, a king-sized cigarette measures about 3 5/16. Both batteries have a slightly glossy surface that feels nice in hand and should be resistant to wear. I have to say that the batteries made reviewing the Green Smoke electronic cigarette a real pleasure because they have exactly the right sensitivity level. I recently considered the Vapage Pocket Pack, and I found that I had to pull quite firmly on the Vapage electronic cigarette to get the battery to engage. Considering the Green Smoke electronic cigarette, I was immediately struck by how easy it was to use; it was a reminder that not all e-cigarette batteries are created equal. Also, the terminals appear gold-plated, which is a nice touch that I haven’t seen before. 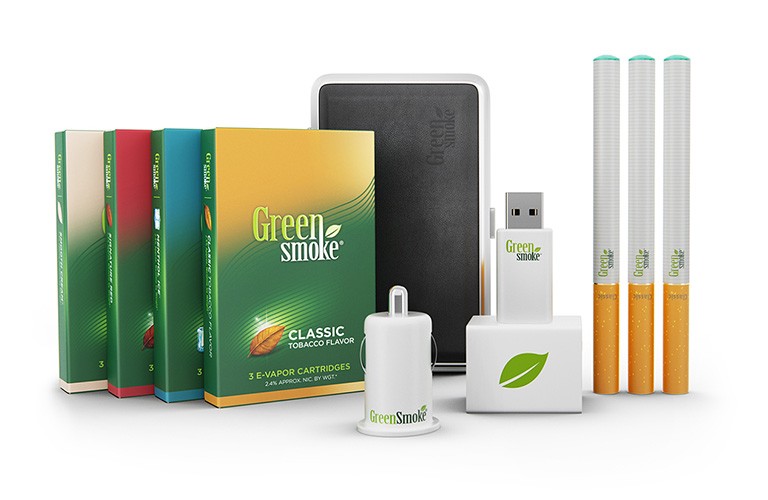